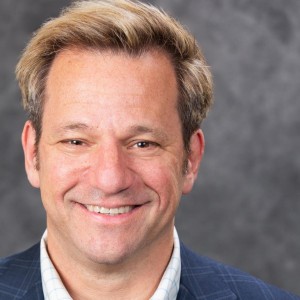 There are a lot of things about Apple that companies could emulate to be more successful. A recent beta feature, Rapid Security Response, is one of those features.

One of the new features in iOS 16 is Rapid Security Response, which lets Apple push out important security fixes to users without requiring a full iOS update. For users running the iOS 16.2 beta, Apple today released one of those updates to deliver unspecified bug fixes affecting the software.

iOS Security Response 16.2 (a) arrives via the standard Software Update mechanism in the Settings app, but is a relatively quick update, requiring just a couple of minutes to download and prepare the update and then a quick restart and install process.

Makes sense to me. Why wait for a full Apple iOS update when all you need is a security fix? The faster you can apply a security fix, the more secure your device.

How can BackBox help keep your network safe?

Among other things, we help enterprises and MSPs keep their networks (and their customer’s networks) up to date with the latest OS Updates.

We close the gap between “known vulnerability” and “applied fix” that attackers exploit.

Read the two paragraphs I quoted above about Apple’s release. There are two things that help close vulnerabilities:

It’s the latter of those that BackBox can influence (the former is up to the various vendors).

No one does backup like BackBox. So, we’ve got you covered right out the gate.

You’re going to want to ask your devices some questions to make sure updates can be applied successfully, and then check afterwards to make sure they were. This includes updating high-availability clusters in a way that minimizes disruption to network traffic. BackBox is “high-availability aware” and it’s critical to rapidly deploying security updates.

Of course, we do this in a multi-vendor environment, across cloud and on-premise devices, and for both firewalls and network devices.

The breadth of automation necessary to complete this complex task helps administrators move quickly and ensure that the network continues to hum along.

Intellichecks that track the health or compliance of the network run to ensure that nothing has been inadvertently changed, while at the same time updating inventory systems for tracking exposure to whatever vulnerability is being patched.

It goes without saying, the entire end-to-end process from backup, to validating the update, to updating inventory systems (if any) can be scripted to happen all at once. Everything is logged to help administrators troubleshoot anything. Integration with other enterprise tools (like a service desk tool) is done via API enriching the cooperation between IT teams, and between network teams and management.

I was at dinner the other night with a friend who happens to be a network administrator at a hedge fund here in NYC.

We were sharing photos of our kids, and he swipes to a photo of his office with just the emergency lights on. Cool photo, but what???

He says “we had a power outage, so we took advantage of it to upgrade our network” (the datacenter had backup power).

Don’t be that admin that waits to take advantage of an opportune time to patch security vulnerabilities on your network. BackBox exists, in part, so that your network is less vulnerable to the chaos that defines connectivity in the digital world.

Take a tour and see for yourself.